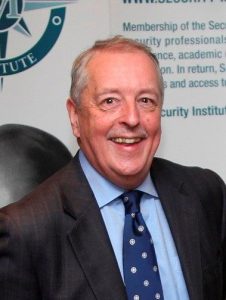 Andrew Nicholls has been involved with the CSSC project since it was established in 2011, as part of the security planning for the Olympics. He was originally an Industry Sector Lead and then became a member of the Senior Management Board. In December 2017 Andrew was delighted to be invited to take up the role of Chairman for the East Midlands Region.

Andrew was previously Chairman of the Food and Drink Security Association and a member of the Metropolitan Police Strategic Business Crime Forum. In 2015 he received a Chief Superintendents Commendation for his work during National Counter Terrorism Awareness week. In 2017 Andrew was voted the top influencer in security management at IFSEC and in 2018 received the George van Schalkwyk Award in recognition of his contribution to security management.

Prior to retirement Andrew was employed as the Head of Security for Mitchells & Butlers Plc and was also a Main Board Director of the Security Institute. 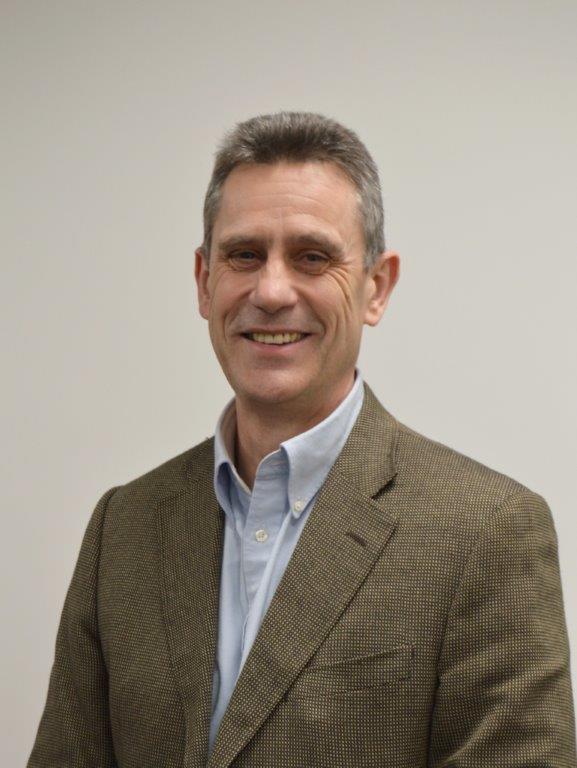 Andy Bunce served in the Royal Air Force for over 32 years. He has an extensive background in devising complex planning and operational work in diverse and fragile environments. Accomplished in influencing organisations within the UK military, cross-Government and internationally on operations as well as security, policing and cultural issues from the strategic to tactical levels. He has worked operationally and in headquarters appointments within the United Kingdom, Germany, Gibraltar, the Falklands Islands, Turkey, Afghanistan and Bosnia. Born and raised in South Yorkshire, Andy read for a BA in Geography at Portsmouth University and MSc in Security & Risk Management at Leicester University. He is a Chartered Security Professional and a Fellow of the Security Institute.

Tony works for Leicestershire Police and is currently attached to the East Midlands Special Operations Unit. He has 39 years police service as both a Police officer and a member of police staff working within Neighbourhood Policing, Community Safety and Crime Reduction.  In recent years his focus has been on managing a protective security team in the East Midlands who deliver protective security advice and support to the public and private sectors, in particular to the business communities within the crowded places sector.

Eddie is the UK Safety & Security Manager for Starbucks Coffee Company UK Ltd. He is responsible for the safety of partners (employees), customers and assets for the Equity owned stores in the UK as well as pursuing opportunities to remove complexity and improving efficiency while maintaining integrity within the operational standards of the company. 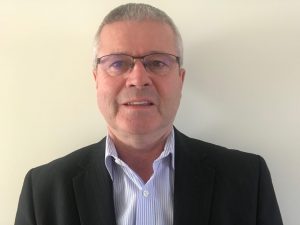 Prior to his time at Starbucks, Eddie worked for DSG International in a number of retail roles, including managing Curry’s Superstores, before moving into the internal security function where he held regional and central security positions. Eddie has been involved with CSSC since its formation and is now an ISL for the East Midlands region.

Neil is the National Security Consultant for Corps Security. His role includes, but is not limited to, monitoring trends in the security sector, conducting various types of security and resilience reviews, penetration testing and intelligence reporting. Neil is also responsible for two National Accounts located in the Midlands and South West of England.

Prior to joining Corps Security Neil spent a decade working in secure custodial style settings, predominantly within Secure Mental Health. Neil was the Head of Security for a large Mental Health Charity during which time he was also a member of the National Association of Healthcare Security (NAHS) for whom he served a term as an Executive Director. Neil is also an active member of the Security Institute and assisted in the creation of the Young Member Group. 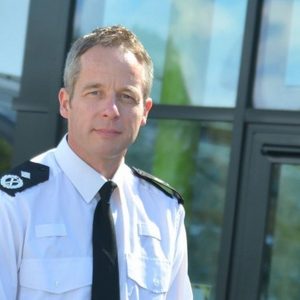 Paul is the National Police Chiefs Council lead for Digital Forensics and also coordinates the national policing approach to the forensics marketplace; this complements his academic background, having graduated with a Doctorate in Molecular Medicine and a First Class Honours Degree in Genetics. Prior to taking up his current position in 2021, Paul has enjoyed senior positions in Lincolnshire Police, Derbyshire Constabulary and on national police change programmes. 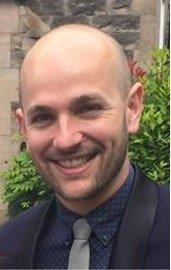 Rob is the HSSE Insight Manager for E.ON UK within the energy solutions business’ HSSE function. He is responsible for the identification of HSSE risks and threats to E.ON’s UK
businesses and supporting proactive risk management. Rob also supports emergency and crisis response.

Rob’s previous roles at E.ON have given him experience in security risk management and the reactive side of security; including criminal and conduct investigations and civil litigation.

Rob is supplementing his Law degree by studying towards a Masters Degree in Security and Risk Management at the University of Leicester having recently achieved his Post Graduate Certificate in the subject. Rob is the ISL for the energy sector and was the winner of the CSSC ISL Award in 2018. 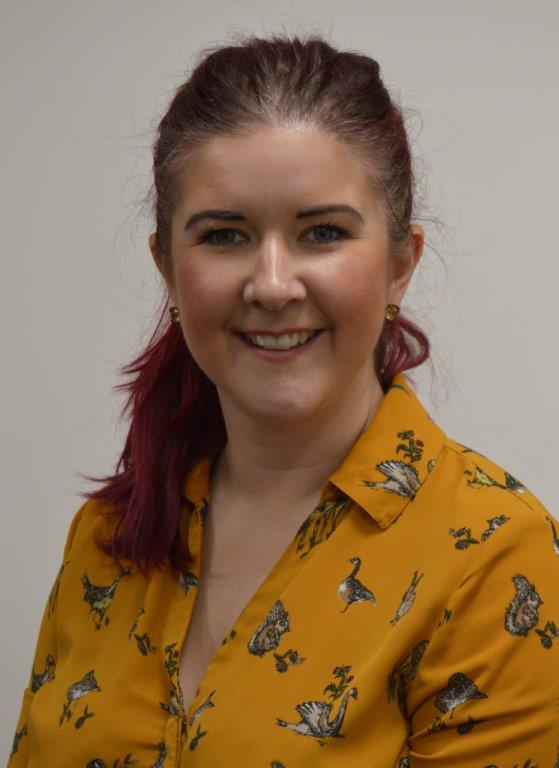 Ruth Nixon has worked within the Security and Communication industries for over 18 years.

Ruth’s current role as Director of Ten Four Solutions, who are an East Midlands based Communication and Security company, sees her providing solutions to businesses, local Government or Trusts around the UK whether this be a national pub chain, well known holiday park or NHS Trust to name a few.

Ruth has been a member of the Security Institute since 2015 and has recently been appointed onto the board of the East Midlands CSSC. 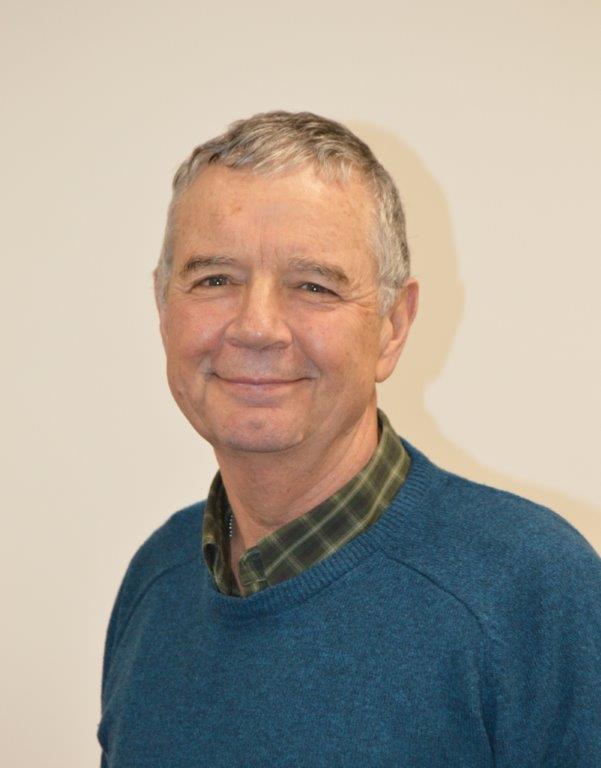 Steve leads the UK Global Security team for Capital One (Europe) plc and is responsible for delivering a wide portfolio of enterprise security services across the UK business footprint.

Steve believes that creating a secure environment, which facilitates effective business operations, is an essential art form and believes that CSSC can significantly contribute to the safety of employees, assist police operations and limit business disruption in the event of a security incident. Steve has worked in the security field for over 30 years with the police, the military, and has held leading roles in the private security sector, international telecommunications and the financial services. He is a Chartered Security Professional, a Fellow of the Security Institute and a Certified Fraud Examiner.

Steve is a Chief Inspector with Leicestershire Police where he has served for 23 years.  He has worked in a variety of roles including community policing, response, the Force Control Room and Operations Training.  Steve is a current Tactical Firearms Commander and has also worked as a Public Order Commander.  From 2016 to late 2018 he spent time policing overseas on the British Overseas Territory of St Helena where he helped to develop Neighbourhood Policing and build a Firearms capability.  He was born and grew up in North Derbyshire and attended Lancaster University where he studied International Relations.

Marianne is Protect and Prepare Lead for Counter Terrorism Policing East Midlands, focussed on ensuring that communities, companies, and authorities are best placed to prevent and mitigate attacks. She has a background in partnership working, neighbourhood policing, intelligence and safeguarding, most recently through the Prevent strand of Contest and the management of terrorist offenders. Marianne believes that working together is essential to effectively mitigate security threats.

Marianne moved across the border from Warwickshire to the East Midlands for university, obtaining her degree at Nottingham University before successfully undertaking the Bar Vocational Course at Nottingham Law School, and joining Leicestershire Police.

Find out more about the history and background to the CSSC